Imagine living out our dreams and experiencing the joy that comes with it.

People tend to believe their dreams are beyond reach, feeling destined to live a mundane existence day after day. But what if there was a blueprint to attain those dreams? Craig Handley says he can give you a blueprint that will show you how to live your dream life. 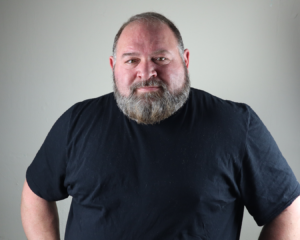 The story of Handley begins as a tormented, bullied young teen who establishes, first and foremost, his worth as a human being. First, he hit the gym and became a powerlifter. Then, he moved on to other interests such as music,  theater, and sales.  He built a lifetime of entrepreneurship as the CEO and founder of ListenTrust which bills 12.5 million annually and does over 150M in sales for his customers, and his new company SocialClose, which bills around $1.2 million.

Although he had achieved great success, he felt something was still lacking. With a change in mindset, Handley discovered the secret sauce for happiness outside of professional success. 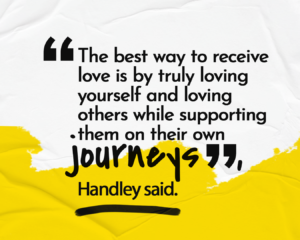 He truly embraced the “give love to receive it” notion when he started ListenTrust, a bilingual call center that works to establish interpersonal connections to improve customer-brand experiences.

It was doing well as a business, but they saw massive growth when Handley started teaching one of the new hire classes.

“I began talking with these employees about their own life dreams,” Handley said. “I listened—and started coaching them on different entrepreneurial strategies they could use to achieve their own dreams.”

Handley further explained that they themselves first had to believe that what they wanted was possible before they could make any progress towards it.

“Once the most crucial person, themselves, believed their dreams were attainable, enlightened self-interest occurred. They began to understand that the better they performed working for ListenTrust, the sooner they could quit and pursue their own dream.” Every step of the process, whether related directly to their dream or not, was an excellent opportunity to learn and grow.

Handley’s altruistic efforts with the new hires brought his own dreams to life. Handley stated with an almost cheshire cat smile that “Performance was improved”. In fact, turnover was actually lowered because we had a happier work environment with employees dedicated to executing their jobs well.”

Handley integrated this training into the company, building an internal program called DreamTrust which simply trains people to be happy in their profession while pursuing their dreams.

DreamTrust was so successful that he spun the curriculum into a five-category bestselling book: Hired to Quit; Inspired to Stay.

And the result? Handley opted to pursue his own dreams by developing new relationships, new businesses, and by living life with more zeal than ever before.

His first step in this pursuit was to get into the music business. He said it’s all he ever really wanted to do. 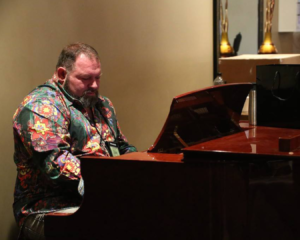 “Do what you love, follow your passions, and make a living out of doing that. Risk it all for the dream that no one can see but you”

Handley began to research how he could rebrand himself as a musician and an entrepreneur.

After months of evaluating other companies and the costs, he decided he would form his own dream team to build his vision, a process he could repeat time and time again to achieve his own goals. Over time Craig saw this as a service for others where he could develop and execute unique strategies with his 30 years of marketing experience to help people fulfill their dreams as well.

The team Handley built was not created to be a business; it was built to help accomplish his own goals. However, a lot of things happened over a few months. He was hustling, trying to find ways to see the success he wanted. So he was instructing his team to try different things.

Craig had marketed his own book and took notes about what he did right and what he wished he did. He also was getting asked to consult in marketing but many companies seemed to struggle with strategy and execution. Finally, a friend posted on his social media, looking for a solution that could manage his brand(s) all in one place without costing the amount of a car every month.

One of the secrets to success is to give to others without any regard as to how that generosity will benefit you. Handley saw an opportunity to share his growth.  He replied to the post, “I built exactly what you’re looking for but it’s not a business… It’s just for me and my personal goals.” From that post, six people reached out and asked for help for either themselves or their businesses.

What “was not a business”… was suddenly, a very REAL business. 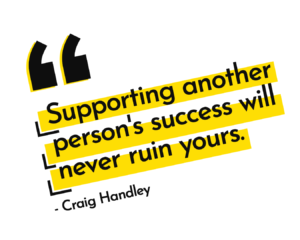 Those six people referred others who referred others, and so the journey began…Again, using his own processes of believing in his goals and empowering others, Handley streamlined results-based systems and repeatable processes and brought together experienced teams to officially debut “SocialClose,” a brand strategy and audiovisual firm partnering with brands across all verticals, including:

We have other marketing agencies and channel partnerships who saw the value and decided to white-label our social salesforce and other services in high-end collaborations. With the help of his marketing team, Handley wants to help 100,000 brands achieve their dreams over the next 5 years.

Another secret is: “there are no competitors, only collaborators”

In its first full year, SocialClose already is accelerating through $1.2 million in revenue, partnering with brands in many exciting categories!

SocialClose’s growing popularity results from not only the creation and distribution of unique content but the team’s ability to turn engagement into transactions by combining social media with call center strategies.

They build “human-to-human funnels” where a SocialClose team uses user interactions with social media to increase engagement which drives conversions. The human connections set Handley’s team apart in a four-dimensional game of customer chess…while their competitors remain in a game of checkers.

On top of his books and his businesses, Handley hasn’t forgotten his initial reason for building what has become “SocialClose”. He continues to chase his music aspirations! Most recently, his team has been building a course to help develop artists with a legend in the Music Business, and he’s spent the last 6 months building and marketing a SongLaunch for artists. He’s also developed a new brand called OriginSongs where musicians interview influencers, speakers, and authors and turn the interview into an anthem. 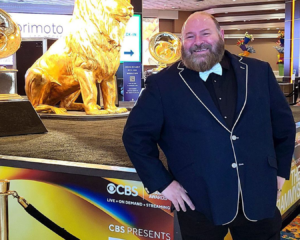 He is writing three new songs each week, and his music is getting commissioned for TV and film use.  Handley even has his sights set on winning Grammys in the future.

Additionally, he has expanded his scope by public speaking alongside other luminaries and humanitarians with a TED talk coming up.

“Build your network before you need it”

If I had a chance to tell my younger self something I would share the following:

“If you believe in people before they are successful and network and support others relentlessly in a field you want to be in, then within a year you should have hundreds of connections. In 3 years, thousands of connections. Then when a few of those people break through, there’s a high likelihood they will remember your support and want to help you too.” Craig Handley explained.

When Handley began believing in his own dreams, there was no limit to what could be accomplished. “The joy is in sharing this philosophy of abundance with everyone!” Handley said.  With the support of his skilled team of dream builders, Handley wants to help business owners and other multi-passionate people step into their power.

If you are seeking a team to empower your results, and you have never quite figured out that missing step to realize your dream, Handley would humbly invite you to reach out to SocialClose today

“Only one person needs to believe in your dream, and it’s you! You only control one thing and that’s you!”

The missing step was within you all along. Decide to believe in yourself, and let Handley and his team work to bring your aspirations to fruition.

For more information on Craig Handley, visit www.socialclose.com and www.listentrust.com

Connect with Craig on Social and listen to his music: 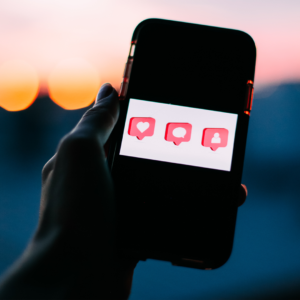 This is why you should never buy followers 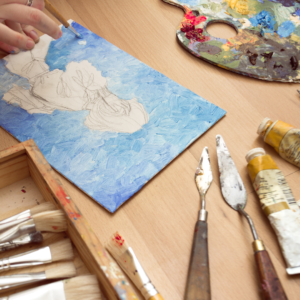 Lets get in one touch